Multimedia University of Kenya, through a partnership with EnKing International Energy Services Ltd from India, will undertake a socio-economic feasibility study on clean cooking technology and distribute free, energy-efficient cooking stoves to vulnerable communities across Kenya’s 47 counties within the next nine months.

The initiative comes at a time when less than 10 per cent of Kenya’s over nine million households can afford electric or LPG cookers while the rest depend on biomass-combusting jikos that mainly use firewood or charcoal and are mostly – inefficient in combustion and heat preservation.

Speaking during the National Inception Stakeholder Meeting on Clean Cooking Technology at the university, Cabinet Secretary, Ministry of Environment & Forestry Soipan Tuya lauded MMU for the partnership to undertake the ambitious program which will not only help vulnerable communities across the country, but also promote community health and environmental conservation.

The CS, who was represented by Chief Conservator of Forest Mr Julius Kamau, said the feasibility study and the distribution exercise are all in line with the government climate change mitigation initiatives, adding that it will bolster uptake of clean cooking technology in the wake of the ongoing global climate crisis.

A World Health Organization report indicates that household air pollution causes more than 15,000 deaths and an equal number of respiratory health complications in Kenya each year, with women and children bearing the brunt.

However, this mitigating initiative will see at least 200,000 energy efficient and environmentally friendly cook stoves distributed in each of the 47 counties targeting women and the needy households. This translates to a total of approximately 10 million cookstoves distributed by the end of the exercise.

Kajiado, Kwale and Wajir counties have been selected to pilot the feasibility study and distribution exercise starting 16th November 2022.

Speaking during the meeting, Director, MMU-Renewable Energy Research Consortium Dr David Wekesa revealed that the consortium will engage more than 50 university students as research assistants, distribution, and capacity-building agents during the roll out of the program.

10 Million: The total number of energy efficient and environmental friendly cook stoves distributed to the 47 counties targeting women and the needy households.

200,000: Number of energy-efficient and environmentally friendly cook stoves that each of the 47 counties will get.

15,000: Number of deaths caused by respiratory health complications yearly in Kenya according to World Health Organization.

600 Million: Estimated number of people in Africa who are not connected to the national electricity grids and continue to rely on kerosene, diesel generators and wood fuel for their cooking, lighting and heating needs, putting them at risk of life-threatening respiratory diseases according to UN’s World Food Programme.

Under 10%: Percentage of Kenya’s over nine million households who can afford electric or LPG cookers while the rest depend on biomass-combusting jikos that mainly use firewood or charcoal which are mostly inefficient in combustion and heat preservation. 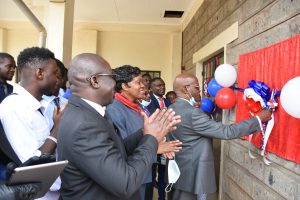 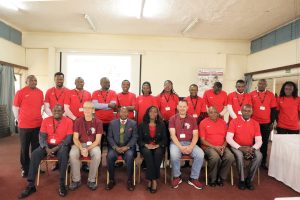 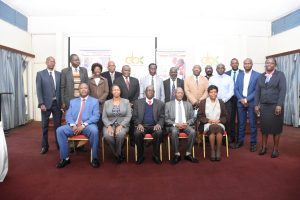